There are revenue share games that can help you earn money just by placing their games on your website. You will earn based on in-game transactions by users who have signed up through your site. You can add the following addictive games to your website which will keep the users coming back but also earn you some money when users decided to buy upgrades,etc.

Check out the programs below and see which one you like best (It’s best to try and promote all these games if that is not a problem with you). Keep in mind that these games will not pay you when a user signs up but only when a user performs an in-game purchase, if you want to get paid per user sign up then you would need to promote CPA Gaming offers which can be found at Affiliate Networks.

I’ll start off by mentioning Goodgame Studios. Goodgame studios has some very good games which you can add to your site by iframes and earn money from users who perform purchases. (you will earn a percentage)

The games they offer right now are:

Goodgame Empire seems to be their best performing game, it will get you the most revenue so you should try promoting that game more than the others. 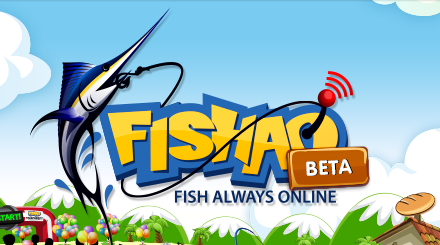 Fishao is an awesome MMORPG fishing game where you can play with thousands of online players. You will be able to catch over 150 different kind of fish species in different places around the world. Create and customize your character and chat with players all over the world and who knows maybe you will make new friends. Team up with the other online players and go catch some fishes.

You will get payed based on revenue share. You will earn 25% of whatever players sent by you spend.

Gamebox is another great program which allows you to earn money based on a revenue share, you can earn about 50-60% of what users who signed up through you spend on the game.

These are some of the games they offer which you can promote:

Introduction: <General War> is a browser-based massively multiplayer online strategy game with 2.5D imaging that brings you back to the fiercest and cruelest war in human history– WWII. It has simulated and reconstructed the true-to-life scenes and battlefields with various kinds of tanks, weapons, generals, skills and strategies. In General War, you can lead your own army and experience a unique campaign on your browser!

Introduction: <Ancient Summoner> is a True Free-to-Play competitive collectible trading card game with an MMORPG twist. Players will lead the mythical creatures summoned from cards to explore the world of mystery.

Introduction: <Odin Quest> is a free-to–play browser-based Action RPG published by Gamebox.com. It is based on Norse Mythology. The game includes five different classes, Warrior, Mage, Priest, Hunter, and Assassin with both PvE and PvP mode. Each class has unique obtainable mounts. The visually-stunning skills and the cross-server battle keep it attractive all the time! You can possess the mysterious dark magic, be an awesome power of a muscular warrior, be a sharp shooter like a hunter, be a charming priest casting divine spell, or a cool and silent killer like an assassin! All your fantasy can be realized in this blockbuster MMORPG!

Another good program which allows you to earn from in-game purchases is Plinga.

Some of their games include:

Clash of the Dragons

Tactic Soft is another good program that allows your to earn.